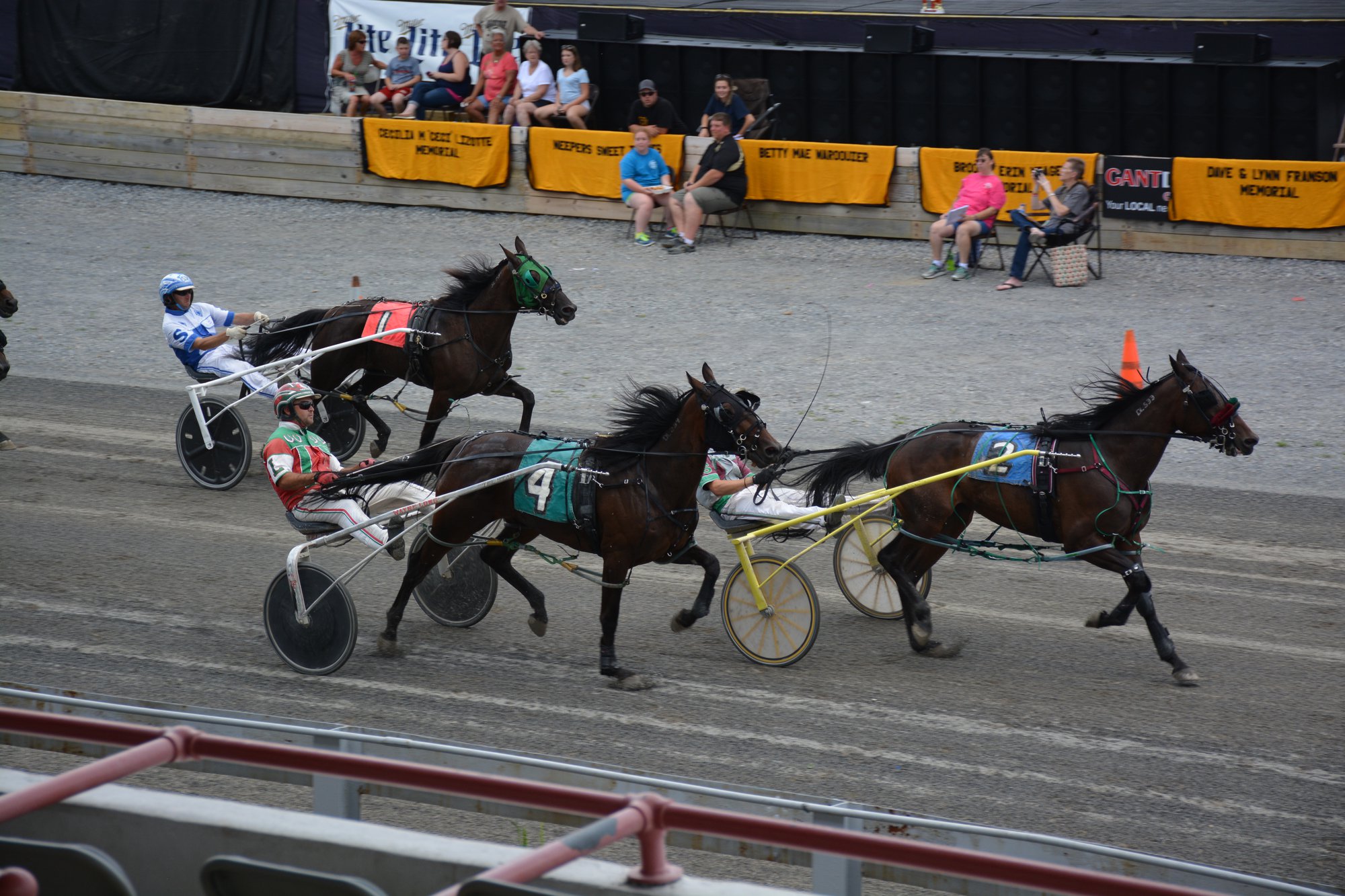 The clay-based, all-weather, half-mile track (with no hubrail) is the scene of four days of racing during the Clearfield County Fair (Fields starts six abreast). The races take place in front of the grandstand which has a seating capacity of over 5,000.

On Monday, overnight events for winners of over (and under) $6,000 lifetime are raced. Tuesday is devoted to the Quaker Stakes -- early-closing events partially sponsored by Quaker State Motor Oil -- contested by two- and three- year-old trotters and pacers. Wednesday and Thursday are the days for the Pennsylvania Sire Stakes, also featuring the younger horses.

It is testimony to the grittiness of Western Pennsylvania Standardbreds that several of the same colts and fillies will compete in both the Quaker and sire stakes that week.

Perhaps the most famous horse to race at Clearfield is, indeed, "famous." That is Keystone Famous, the lightning-quick son of Keystone Ore owned, trained, and driven by Bedford resident Roger Hammer, who owns most of the track records at Clearfield and the other Pennsylvania fairs. 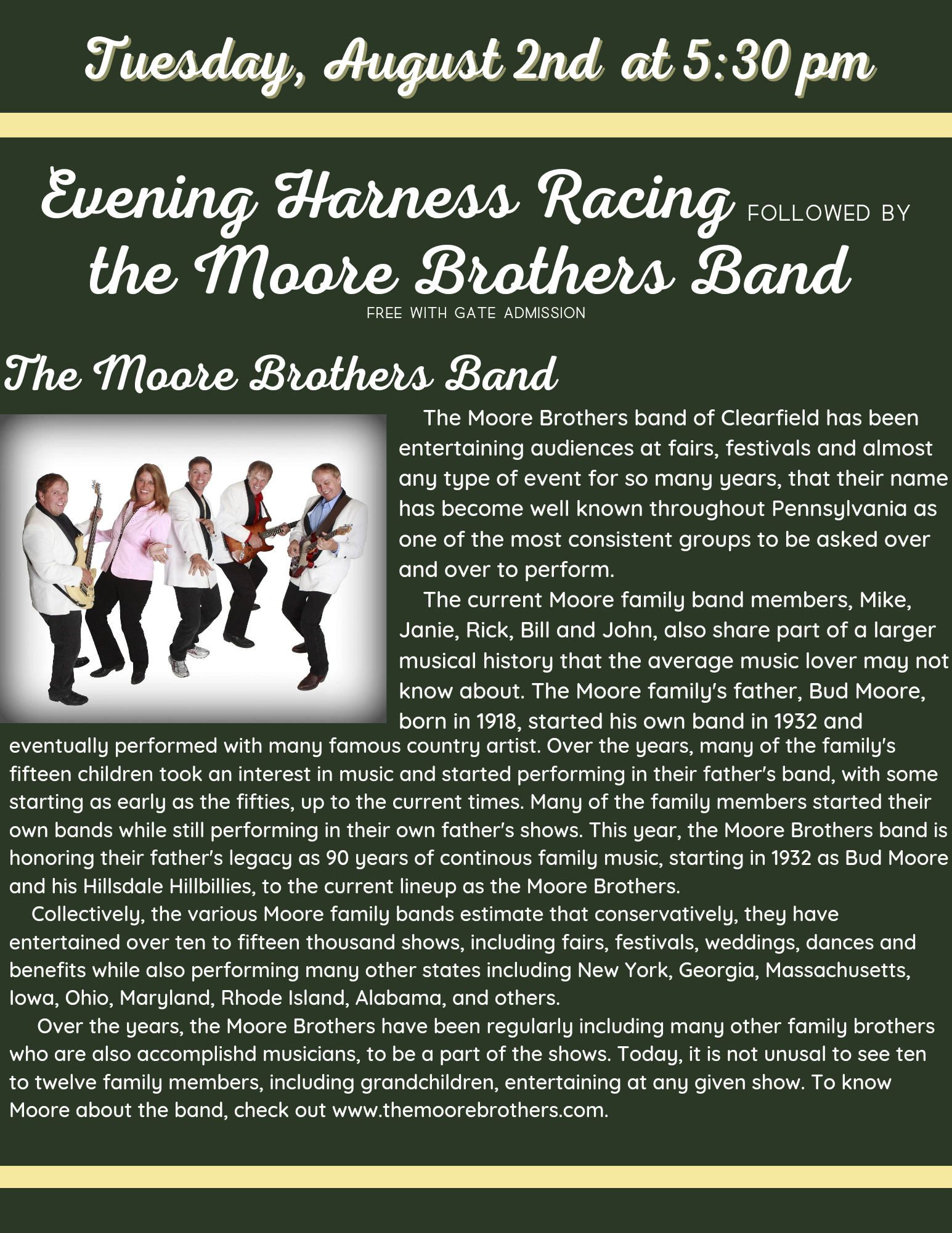 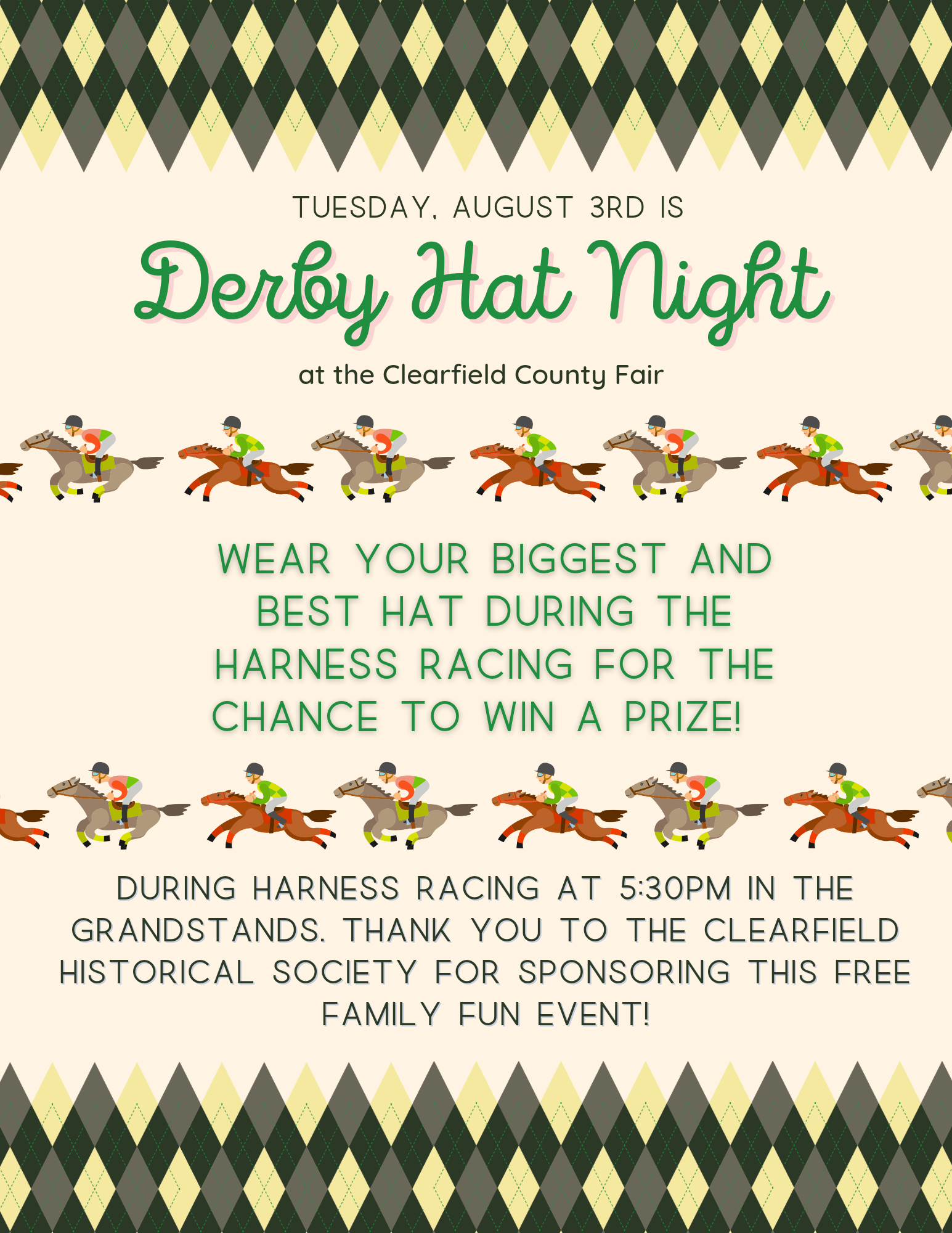